OPEN DAY Immergas Europe 2016: “The boilers of the future are born in Poprad” 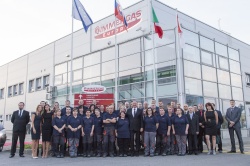 The President of Slovak Republic Andrej Kiska, together with the new Immergas President of Immergas Alfredo Amadei officially inaugurated the assembly line of the new boilers “Exam” , oriented to improve the energy saving and the environmental sustainability.
The investment realized in Immergas Europe Poprad plant worth’s 1M€ and increase the importance of this strategic area for the business development, the Tatra region. 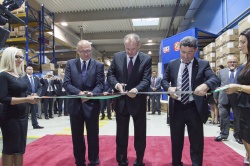 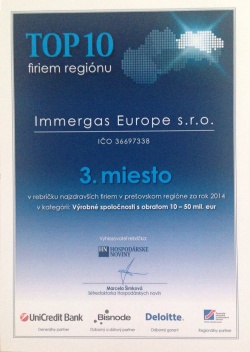 Immergas Europe awarded as the third best company in the SLovak region of Prešov, according the special ranking by the national business daily press Hospodarské Noviny in collaboration with Deloitte, Unicredit and Bisnode. 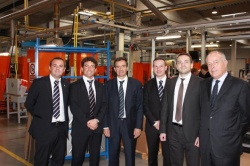 The new ambassador of Italy in Slovakia, Roberto Martini, visited the plant of Immergas Europe.